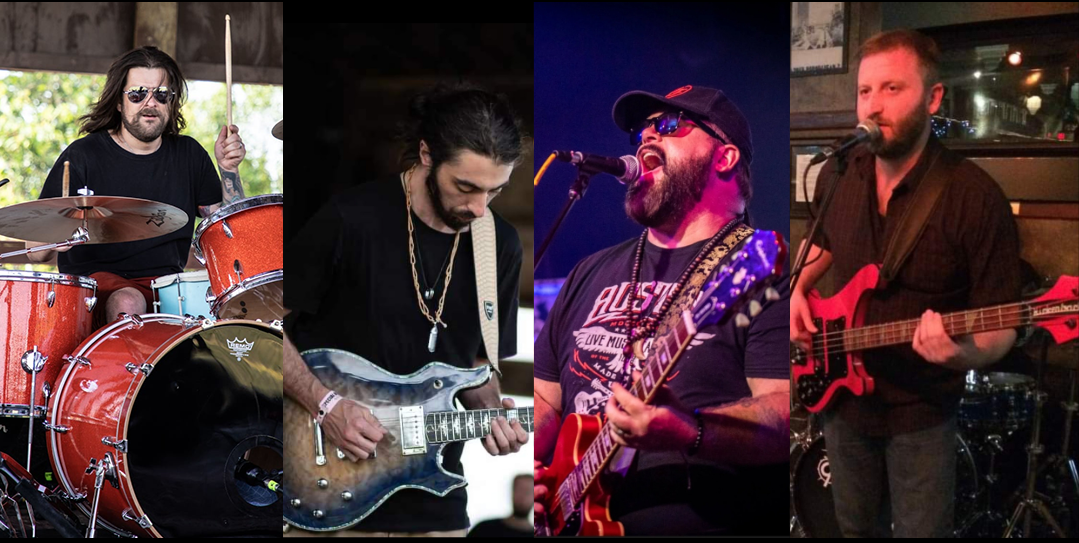 The band began when Sly Fox’s longtime friend and musical partner Anti-Records recording artist Sean Rowe took a leave from rock and roll to focus on performing solo. At the same time, Sly had been writing songs to help work through a difficult time in his life and was becoming an engaging singer. “Sean and I had been playing guitars together and writing songs since we were twelve years old and Sean had always been the singer,” says Sly. “Shortly after Sean went solo, I had been going through some tough times which had inspired me to write several new songs and they were just so personal that I felt I had to sing them to get the feeling and emotion across. So, I became a singer out of necessity, and those songs became my first album, ‘The Low Life.’”

In building out his band Sly enlisted Zak Young on guitar and vocals and John Ellis on bass. To fill out the sound Sly added drummer Sean Ireland, who spiced up the mix with his powerful John Bonham-style playing. Sly says “Once we had Sean, he fit like the missing puzzle piece and we knew we had a very unique blend of rock and roll stew to share with the world: Equal parts raw blues rock, funk, and soul, with a rough edge that you don’t usually find in roots-based music.”

Wherever they travel, Sly says that a connection with the audience is paramount:

“We love to be on the road and traveling, seeing new faces and sharing our music with people that feel our vibe. We just love playing live, putting all of our heart and soul into every performance. So often people come up after the shows and say, ‘we felt it man’ and we know exactly what they mean. When people get together to celebrate with their friends and forget their problems for a little while and just enjoy the moment of being alive, that’s what living is all about – being in the moment. It’s the universal, timeless spirit of music that makes you ‘feel it’ – true magic… Live music can be like a ritual when it’s pure and real, it has a spiritual healing power. We just want to keep making the people ‘feel it’ and be here with us as we do our part to carry the torch of rock n roll into the 21st Century.”

Sly Fox and the Hustlers have been named Best Original Blues Rock Band multiple times by Albany’s Metroland magazine and have released two full-length albums, a live EP: “Live at the Egg,” a Christmas cover of the Ray Charles classic That Spirit of Christmas and most recently in Spring ‘22, the single Find Someone. The band is currently in the studio wrapping up their new album, which they plan to release in early 2023.

Over the years, Sly Fox and the Hustlers have toured all over the US and shared stages with Blues Traveler, Smash Mouth, Better Than Ezra, Robin Trower and Kenny Wayne Shepherd (on multiple tours, including playing to a sold-out crowd at The Egg in their hometown of Albany, NY), among others. The band has also been a mainstay at festivals and music events across the U.S. including Alive @ 5, Angel City Motorcycle Rally, Laconia Motorcycle Week, Americade, Harley Rendezvous Classic and the Adirondack Independence Music Festival to name a few.